What Being an Athlete in Team Sports Taught Me about Leadership 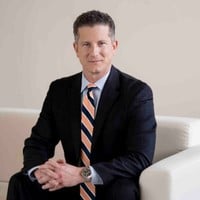 The lessons learned from sports are invaluable. It was in team sports where I first learned what leadership is all about. At an early age, I was fortunate to learn the fundamentals of leadership, and practice and experience being a leader.

As a teenage athlete, leadership is not something that’s easily recognizable. Instead, players would stand out if they possessed a strong work ethic, had natural talent and skill, had the ability to motivate and encourage others, and got the job done.  Bundled together, to a more mature athlete and adult, this is leadership.

Being a leader isn’t something you choose; it’s something that you are, and it’s something that is felt and recognized by others. When someone possesses these qualities, it’s apparent, and it’s acknowledged when team captains are voted upon. The team collectively selects the person/people they look to for support, strength, and success. It’s at that moment, when you’re selected as a team captain, that you take on the responsibility  of being a leader for your teammates.  You have an obligation to work hard, perform under pressure, and lead by example.

As my athletic career progressed, I had the opportunity to play for many different teams, at many different levels. The competition was harder, the players were better, and everyone was the team captain from the previous team they had played on. Now, the entire team was comprised of team captains and leaders. As a team leader, you would expect to always be selected as the team leader. The worst feeling is to  be overlooked, or worse, to be lost in the crowd.  How do you select a team captain, from an entire team built of them?  The reality, and the beauty, of being a team leader is whether or not you’re voted to carry the title of “team captain,” you’re still a team leader.

Team sports taught me that, regardless of title, role and experience, there’s always an opportunity to be a leader, and to use your leadership skills. Leadership isn’t something you choose, it’s something that you are.  Everyone, at every moment, every play, and every second of the game, has an opportunity to lead.  Life outside of sports is no different. The opportunity for leadership exists everywhere.